The Old Rectory in Ringhuscheid 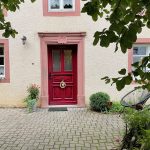 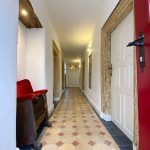 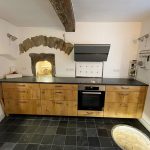 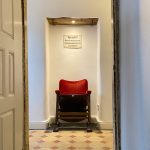 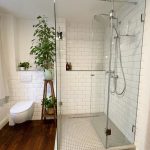 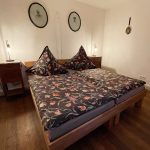 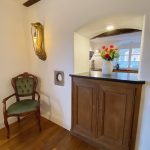 The Old Rectory in Ringhuscheid

Where every wall tells a story

People like to speak of “starting a new chapter” with each new beginning. This is certainly true for the old rectory in the Eifel village of Ringhuscheid. With the renovation, the owners have not only retold the house’s story but also retrieved forgotten parts. Clay earth building materials are an ever-recurring theme throughout the tale. As a guest in this holiday home, you too can immerse yourself in the story.

Chapter 1: The search for the hidden treasure

When the young couple purchased the old rectory, the stone plaque above the doorway gave a clue as to what awaited them. It names 1793 as the year of the last major renovation. The house itself was another 80 years older.

Perhaps there was a treasure hiding somewhere? And indeed – under the rotten floorboards of the kitchen, the owners made a discovery.

They did not find gold and precious stones, however, but water. In the corner of the room, the old well came to light. After it was dug out again, it filled up with water. Today, underwater spotlights and a glass cover plate set that portion of the floor apart.

Chapter 2: The secret in the walls

Many things were also discovered behind the wallpaper and under the old plaster – for example, a well-preserved wall design in stencil technique in the former pastor’s room or the old beacon system. It conducted the heat of the stove fire over an iron plate into the parlour.

The walls are mainly made of quarry stones – sometimes in beautifully bonded, sometimes placed rather irregularly. But there were surprises, too. Some walls are built in a handcrafted, high-quality timber post and beam construction style.

Once the foundation walls were exposed and all the discoveries made, it was time to rebuild the wall surfaces. This is where earthen clay made its appearance. The walls were plastered with clay earth true to the home’s original wall finish.

The versatile design possibilities of the earthen clay were used. The uneven quarry stone walls did not have to be levelled and were able to retain their character. In the hallway, a particularly beautiful piece of quarry stone wall was even left un-plastered. In the wooden half-timbered walls, only the compartments were plastered over, leaving the wood beams exposed.

Now it’s your turn to discover the house for yourself. The many loving details invite you to search for clues. What were some of the niches used for? Who might have passed through the old doors?

Discover, preserve, reuse, add carefully – that was the credo of the builders when renovating the old rectory and converting it into a cosy three-bedroom holiday home. The guiding tenet officially set down for preservation of historical monuments is more relevant today than ever, because it corresponds to the concept of sustainability.

This also applies to earthen clay: the historical building material meets modern living requirements. It regulates the humidity of a room and protects against mould on the wall and in wooden structures.

In the old rectory, the clay plaster with straw also shows what it can do in terms of design: Due to its good plasticity, it can be applied wonderfully over other building components. Even the irregular surface of the quarry stone walls can be plastered well, giving each wall its own character.