The Farm on the Kolk 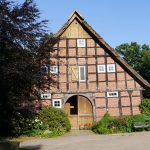 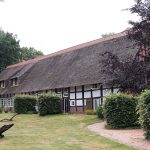 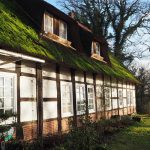 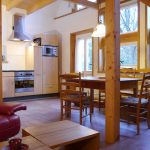 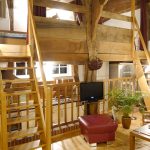 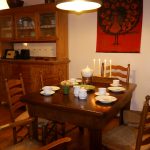 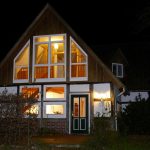 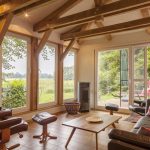 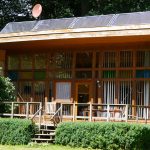 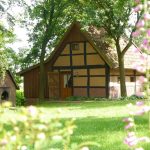 The Farm on the Kolk

A prime example of originality

Romantic. Homey. Tranquil. Rustic. Cosy. Words like these may spring to mind for visitors to the Hof am Kolk estate when they stand in front of the imposing timber-framed buildings. The history of this idyllic spot in Löningen in the Oldenburg Münsterland region of Lower Saxony goes back to the Middle Ages: Tradition holds that Charlemagne (748 to 814), king of the former Frankish Empire, declared the land the farm stands on and surroundings to be within his sphere of influence. Even before the time of that monarch, Germanic clans settled there, along a river – today known as the „Hase” – building permanent dwellings where they wintered annually. In time, a farm area developed that was inhabited year-round, and the surrounding land was repeatedly used for animal husbandry and food cultivation.

Today, vacationers enjoy the Farm on the Kolk, where activities include horseback riding, yoga, massage, sauna, herb foraging tours, barbecue, fabric printing, soapstone processing, a rope bridge and a sandpit. Since 1994 there are 13 holiday apartments available for booking, in the historic timber-framed buildings. From the „Kükennest” to the „Landhaus”, they offer space for two to ten people. Each accommodation was lovingly restored by the owners themselves: Wilhelm Meyer, his wife Anni, son Stephan and his girlfriend Fiti jointly run the facility and have been farming the land completely ecologically since the 2000s. Local church records show that the farm has been in the family since the end of the Thirty Years’ War. And presumably, the family’s focus has been on preserving originality for just as long.

So Wilhelm Meyer carries the striving for the preservation of authenticity and an appreciation for nature in his genes. „My great-grandfather built the main house around 1800, using oak logs among other things. We were able to re-purpose some of those in the new house”, he says, describing their sustainability mind-set. For the same reason, the family mainly used earthen clay for their renovation work: „I keep choosing this building material. It is a typical, available resource. In doing so, we follow the good example of our forefathers. They used what they had available locally.” When renovating the farm’s old barn, Wilhelm Meyer worked with clay earth that had been put in place more than 100 years ago. He mixed it with water and put it back into the walls. „No other building material is that sustainable.”

Living and working in harmony with nature

Working sustainably, living sustainably, offering sustainable recreational activities in harmony with nature: That will remain the motto at Hof am Kolk in the future. The surrounding Hase valley is the perfect setting for this with its old-growth forests, moors and river landscapes, the old farmland and lowland meadows. Art and cultural offerings can be found in the larger neighbouring towns such as Cloppenburg, Oldenburg and Papenbrück. More distant destinations such as Emsland, the North Sea coast and the Netherlands are easy to reach by car.

Preserving originality in architecture – with modern earthen building products
To restore the timber-framed houses at the Farm on the Kolk to their former state: In this endeavour, Wilhelm Meyer used both old clay earth and modern earthen clay products. The bake house was the first project he took on, about 20 years ago. The wooden wall frames are filled from the outside with CLAYTEC clay blocks and finished with clay plaster. Uneven areas on the interior walls were evened out with CLAYTEC Clay Undercoat Plaster with Straw. In the formerly damp country house, great importance was given to improving the air quality. This is ensured by the use of CLAYTEC drywall Clayboards in the ceiling, finished with CLAYTEC Clay Undercoat and Topcoat plasters. On the walls, Claytec clay plasters once again serve to regulate temperature and humidity – with absolute success. For effective sound insulation, a ceiling infill of clay plaster was selected. The most recently completed project is the guest house, which was built using a wood-frame construction method: Its walls are made of CLAYTEC Clay blocks and earthen clay plaster. On the upper floor, clay blocks were placed in the wall cavities providing optimal sound insulation. The interior walls are clad with wood fibre insulation boards (HFA). As a finish, CLAYTEC Clay Topcoat Fine 06 and YOSIMA Clay Designer Plaster in white, with textural additive PEARL, harmonize with each other on the walls.