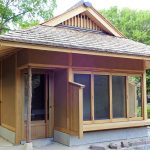 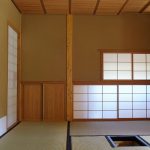 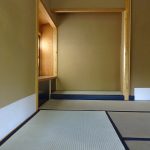 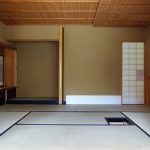 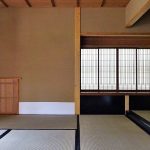 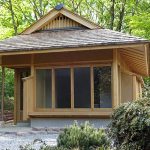 Living Customs from the Far East

Those who have ever attended a Japanese tea ceremony know: they are about contemplation, the spiritual moment, the ritual celebrated in selected circles. Around the 16th century, it was mainly Christian missionaries who, for the sake of the important company, drank matcha: green tea, ground into powder, prepared with water. To this day, such tea rounds are a tradition in Japan and are also offered as a tourist experience.

To get a glimpse of this custom, however, it is enough to take a trip to the Japanese Garden in the Karlsruhe Zoological Garden, located about 75 kilometres west of Stuttgart, the capital of Baden-Württemberg. There, a Japanese Teahouse opened in 2018. Covering an area of 35 square meters and draped with mats made of rice straw, those who are interested can take part in the fascinating custom which, in its country of origin, can take up to seven hours to complete. One element is the serving of the teacup, whose typically eye-catching decorations point toward the guest. While enjoying the beverage – which, if keeping to tradition, must be handled using prescribed hand movements – the person turns the teacup towards the other guests and is then permitted to let their gaze drift around the room. This is particularly rewarding in the Japanese Teahouse.

Splendid on the outside, modest on the inside

Framed by wood and covered by wooden roof shingles, the cabin has refined-looking smooth, dark clay walls. In the ceiling made of fine beech wood slabs, light spots create a bright contrast. The ceiling above the areas for guests is higher than that above those for the hosts – a nod of humility towards the visitors. With the building project, architect Prof. Kazuhisa Kawamura, originally from Japan, designed a teahouse that preserves as much of the old tradition as possible. He had the interior designed in the Soan style, oriented toward modesty and equality, and the exterior in the Shoin style: graceful, upscale and formal. Teahouse guests are meant to become aware of their equality and enjoy the ceremony with all their senses. That’s why Kawamura also plays with light. Wooden lattices and sliding walls lined with slightly pearlescent paper to diffuse the sometimes glaring brightness on the south side of the Teahouse. A window on the north side, set close to the ground, lets in sunlight reflecting off the outside gravel surface. Inside, the lighting ambience can be controlled with LED lights.

The teahouse was built on the initiative of the German-Japanese Society of Karlsruhe, which was chaired by a Japanese tea master during the planning phase. The building owner is the city of Karlsruhe. Walk-throughs and tea ceremonies are only offered on certain dates. Further information is available at the zoo. However, a little peek through the glazed areas of the pretty teahouse is possible at any time. And when the zoo is not open, a side trip to the Botanical Garden, to the Karlsruhe markets, to the quarry ponds or baths, or even to Karlsruhe Castle might be a nice option.

Clay plaster walls – pleasing to the eye and hand

Beautiful, both in a visual and textural sense: This is how Peter Steinhausen, owner of the Steinhausen Baubiologie + Naturbaustoffe craft business, describes the CLAYTEC clay plasters with which he refined the Japanese Teahouse. The all-around natural building material emphasizes the earthy, meditative atmosphere. The team installed double-screwed OSB boards in the wooden frame construction’s compartments, to which they stapled CLAYTEC drywall clayboards on both sides – a plus for sound insulation. The surfaces, which were finished with clay adhesive and reinforcing mortar, were covered with CLAYTEC clay finishing plaster fine with flax. The natural material makes the wall robust and at the same time allows it to breathe. This enables it to regulate moisture and temperature particularly well. Processing with a rubbing board gave the outer walls’ surfaces their special structure. For the smooth interior wall finish, YOSIMA Clay Designer Plaster in yellow- a mixture of reed yellow and base colour Green was used to achieve this shade- was mixed with CLAYTEC Clay Topcoat Fine 06. A pleasant, unobtrusive look was created: A perfect backdrop for enjoying a cup of matcha tea.

The Old Townhall in Stetten a.H.